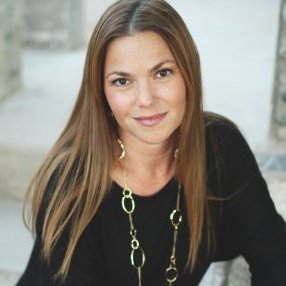 The four-day workweek is a concept that has been around for decades. It was popularized by companies like Google and Zappos, which offered it as an option to their employees to benefit a healthy work-life balance. The original idea behind the four-day workweek is that employees would take fewer total days off as a result of having longer weekends increasing productivity and decreasing absenteeism. The idea of working a shorter week has gained traction in recent years, with more companies offering a four-day workweek.

But is it just a fad? Is it better for employees and employers? Let's look at some of the pros and cons.

If there's one thing all humanity can agree on, humans aren't robots, computers, or machines. You can only squeeze so much work out of them before they burn out. A four-day workweek is a chance to recharge and spend a day away from work and avoid the perils of burnout. Employees can use these extra hours wisely to spend more time with family and friends or do something that recharges their batteries outside of work. This may increase their happiness when they are at work as well.

The structure of four-day workweeks varies. Some companies encourage workers to fulfill their 40 hours within a four-day period, while others allow employees to work eight hours per day, four days per week for a 32-hour workweek. Employers also vary in how they allow four-day workweeks to be structured.

Pro: Better for the environment

A four-day workweek gives employees an additional day to spend time on things they enjoy. For many, this means spending time with family, friends, or even just personal time away from significant responsibilities. For others, it means physical activity, sports, and exercise. Many employers facilitate this by purchasing, reimbursing, or providing stipends for things like gym memberships. This extra time spent away from work responsibilities has the potential to increase both mental and physical health of staff.

When employees are happier and more engaged with their work, they're less likely to head for greener pastures. The fewer people you must replace, the lower your employee turnover and associate costs will be. Not only do workplaces benefit from lower turnover rates, but also employees. Turnover has a knock-on effect with staff that remains, often decreasing morale, increasing costs associated with training and lower productivity. Alone, a 4-day workweek isn’t guaranteed to lower turnover, but as a part of a more holistic retention and support policy, it can stand as a key benefit for all employees.

With employees working only four days, companies that don’t require 10-hour days are effectively paying the same compensation for fewer total hours of work, putting a heavier burden on payroll. Depending on the type of work, this can mean lower realized productivity from the standpoint of an individual contributor, effectively leading to higher costs for lower output.

Con: A four-day workweek could create stress for some employees

One problem is that employees on a four-day workweek may feel they need to work harder to get everything done, even when they aren't at the office. This is because they may feel pressure from their employer or supervisors to get the same amount of work done in only four days.

Some organizations that have experimented with this approach have actually found the opposite. When Buffer.com experimented with this model, they reported a significant reduction in employee stress levels and increased satisfaction. However, the workload at every work site will be different, so this approach won't necessarily lower workplace stress in every situation.

If the 4-day workweek isn’t uniform across the company, it can be difficult for team members effectively and predictably collaborate. on different schedules. This can lead to a loss of productivity and continuity for all involved.

A four-day workweek likely won’t be ideal for every business, industry or individual, but many organizations currently experimenting with it are finding good results. Before you rush to implement a major change, it’s important to keep in mind that different styles of working – such as an open plan office or four-day workweek – are always going to need consideration to the type of workforce, the industry and the broader business climate.