How to Tell When Your Employees are not Engaged

If only you could look at your office full of employees as if you were viewing an ant farm, the patterns that would be revealed if you could see a cross-section of all your team members at the same time as they metaphorically scurried around the workplace. Some would be consistently and methodically plugging away at their assigned tasks, while some would undoubtedly just be lollygagging around the sidelines, watching the other ants plow by and hoping to remain unnoticed. Still, others might fall into a middle-of-the-road category: neither the top performers nor the complete slackers, you might find yourself confused about the value of these workers' contributions to the team.

As it goes in the ant farm, so it goes in the workplace, too. Employee engagement is not a binary concept. Rather, Gallup defines three categories of engagement for employees: engaged, not engaged and actively disengaged. 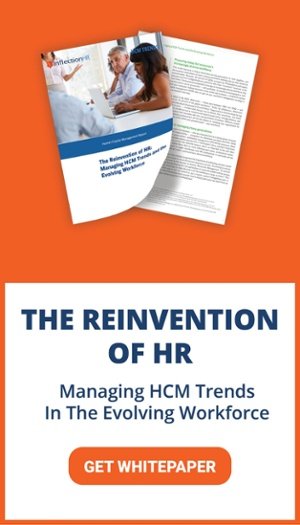 In 2016, the Gallup reported that only 33 percent of U.S. workers are engaged and pronounced the world in the throes of a global engagement crisis. The largest segment of workers causing this crisis is not those who are actively disengaged, however - in 2016, that category only amounted to 16 percent. It's actually those who are not engaged who have created the engagement deficit, as they represent 51 percent of the workforce overall.

Of course, the risk of this glut of unengaged employees is serious: Disaffected workers can poison your corporate culture, take the shine off of your brand through negative comments in social media and in public and, of course, drive your team's overall productivity downhill fast. It's easy to identify those employees who just aren't pulling their weight, but picking out the workers who just don't have their heads in the game, so to speak, is a much less exact science.

Let's take a look at some key indicators, as part of the reinvention of human capital management, that will help you separate the worker ants from the ones who are just punching the clock. These are the seven Ls of low engagement, meant to provide you with guidelines that will help you identify struggling employees not for the purposes of punishment but to enable you to pull them back into the fold before it's too late for both you and them.

Start by monitoring the morning arrivals. Who are the early birds, who gets in on the dot of on time … and who streams in 15 to 45 minutes late with barely a mumbled apology? When employees aren't punctual, it can mean they lack enthusiasm for their jobs and motivation has drained away. Again, don't think of this in punitive terms; engagement is a deeper issue and must be addressed as such.

In addition to checking out what's going on when folks show up in the morning, consider attendance overall. Is there an employee who's not showing up at all, beset by repeated stress-related or other illnesses that are uncharacteristic of them? Are they taking extended breaks throughout the day, such as long lunches? How about frequent Mondays or Fridays off without pre scheduling them - as if they don't want the weekend to end? These can all be signs that the employee would rather be anywhere but at work - in other words, disengaged.

Once your employee makes it to their desk, the work that's being produced is lackluster at best, slapdash at worst. Studies show that error rates increase when engagement is down because unengaged employees simply don't feel that what they do matters.

It's not laziness, it's just low energy overall. Speaker and author Ruth K. Ross highlights this aspect as a particular key in identifying non engagement. "You can usually tell when someone crosses over from engagement into disengagement by focusing on their energy level. When it comes to how people show up on a daily basis, there is a marked change in behavior," she says in discussing the subject on her website. "All of their movements slow down and things seem to move at a snail's pace. Even Type A personalities are not immune from this telltale sign, and in fact, with them it's even more noticeable."

Laconism or Lashing Out

Continuing to move through the workday, a smart attitude highlighted by snippiness and short retorts can also be an indicator that something more is wrong than just a lack of caffeine. Terseness, especially in cases where relationships had previously been cordial, can indicate that the employee is feeling burned out, overlooked or undervalued.

Well, we've made it through the morning, and now it's time for lunch. Who's hanging back from their coworkers and holing up in their cubicle - not necessarily to complete a pressing project but just to browse their social feeds while grabbing a bite? Creating distance from coworkers is a sign that your employee may also be distancing themselves from the company.

Back at the desk in the afternoon, who's really cranking out the work and who's just going through the motions? Pieced-together work, missed deadlines or complete lack of initiative unite under this category to point toward an employee who's slipped out of gear.

When You Know Better, You Do Better

Now that you're armed with this knowledge, it's important to not only assess your workplace and identify which workers may perhaps fall into the disengaged category but then to also take that knowledge and work to convert those employees back into team players - for their own good, for the good of your organization and for the good of your whole team.

You don't have to go it alone, however: Once you have identified disengagement, engage with Inflection HR.  We'll help you come up with a plan to bring your prodigal employees back into the fold.