Stay Classified, America: Employee vs. Independent Contractor and Why it Matters

The old maxim "It's easier to beg forgiveness than ask permission" is one that you can apply to many areas of governance within small-to-medium-sized businesses. However, using that philosophy to determine whether you should classify workers as employees or independent contractors or both is one surefire way to land you in hot water with the IRS in a hurry.

Rather, take the time to bone up on the government's definitions of what makes an independent contractor - and what excludes a worker from being considered as such - before you make your first hire, so you can stay on the right side of the law and avoid costly penalties.

When trying to sort out whether you can treat a worker as a contractor or classified as an employee, it's best to refer to the original source of the definitions of these terms - the IRS. After all, they're the agency that makes these determinations and, as such, the agency whose rulings are used by litigators to leverage massive penalties for misclassification, including the landmark $100 million specified for Uber to pay out to drivers ruled misclassified in California and Massachusetts.

The IRS gives a standard rule of thumb for evaluating the distinction between an employee and an independent contractor, known as the Common Law Test. Essentially, this rule states that a worker is an employee if you as the employer have complete control over what they do and how they should get it done. If you only have control over the result of the work done, meanwhile, the person performing that work is an independent contractor. 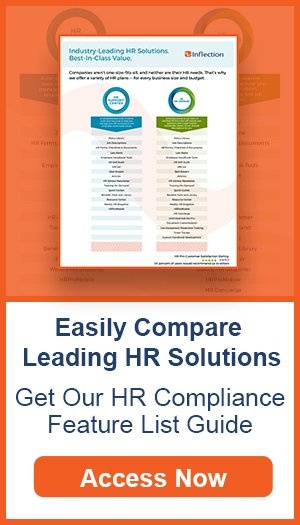 While this is straightforward if you're well-versed in managing HR compliance issues, for those who haven't been around the world of hiring, it can be clear as mud. If you have questions, both the Social Security Administration and the IRS provide guidance on the subject.

Getting it wrong: It's classified

With that having been said, what reason would an employer have to purposely classify a worker who should be an employee as an independent contractor instead? Simple. There's actually quite a bit of reporting required when a worker is an employee.

As an employer, you must take care of that worker's employment taxes, from withholding them to paying them, plus paying their Social Security, Medicare and the unemployment taxes on their wages. Contractors bring with them none of this burden of red tape, so hiring a contractor comes with relatively few encumbrances.

The bottom line is that it's just plain cheaper to work with an independent contractor than it is an employee. All that reporting comes with attendant fees, and most employers view this type of overhead as something to be acquired only in the event that one is sure that a long-term relationship is desirous for both parties.

Working with independent contractors, meanwhile, can have many benefits: The ability to run a lean and scalable operation without the extensive reporting structure that employees bring with them at the time of hiring.

However, the tradeoff for such an agile workplace is a talent base that's potentially inconsistent, and that may be subject to imbalance. Carefully measure up each position against the Common Law Rules before you install a candidate in the job, so they'll be classified correctly once they're in-house. Additionally, payroll software helps prevent fraud and ensures correct classification of employees.

It's time to pay the piper

Employee misclassification lawsuits like the one cited earlier, wherein Uber was accused of improperly handling driver tips according to driver misclassification and thus dragged into class action litigation, are actually quite common and incredibly costly.

Whether it's unpaid overtime, nonpayment of benefits or any of the plethora of wage and hour issues involving a digital-age unicorn like Uber - or even physical issues like office space and computer hardware - the areas that can be flagged for potential penalties relating to misclassification are vast.

As such, the price tags on the decisions relating to these misclassifications are certainly off-putting. Whether it's a $600,000 ruling levied against a drywall company in Phoenix for back pay and penalties for 445 former employees, or the $277,500 that went to 233 janitorial workers for their services, these fees and fines are intended to make the employer sit up and take notice.

There are some ways that employers can be proactive in the battle to steer clear from misclassification, however. Here are some suggestions:

Do you get the idea? Basically, the point is that your independent contractors should be just that: independent. If you have a relationship with them and, as an employer, control over their actions, then they're an employee, not a contractor.

While independent contractors are a valuable resource in the drive to build a business, it's important to be well-versed in properly classifying workers as such before you add one to your staff, lest you look up from an IRS audit months later and find that you actually had an employee on your hands all that time and just didn't know it.

Avoid a costly case of mistaken identity by fully examining both your needs and your intentions up front, and you, your worker and the government will all win from the arrangement.